In SQL Database serverless, compute is only billed based on the amount of CPU and memory used per second. When the database is paused only storage is billed. 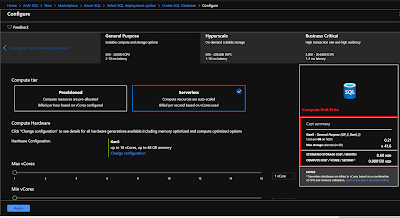